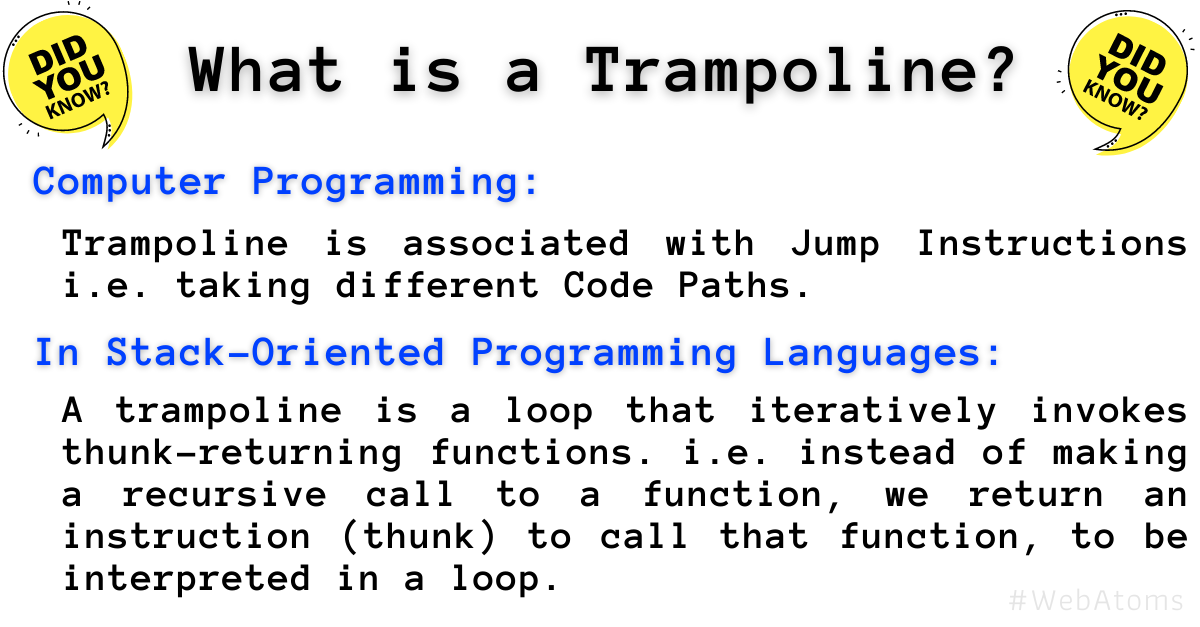 What is a Trampoline function?

In functional programming, a trampoline is a loop that iteratively invokes thunk-returning functions. i.e. instead of making a recursive call to a function, we return an instruction (thunk) to call that function, to be interpreted in a loop.

Use: To implement tail-recursive calls in stack-oriented programming languages.