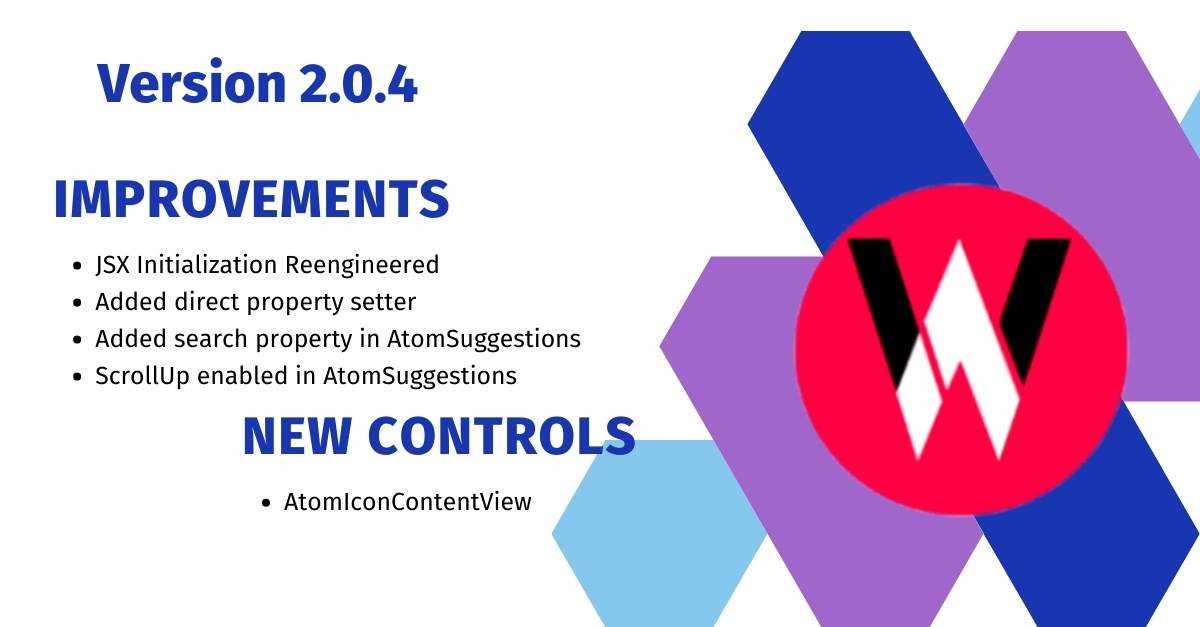 We are happy to announce major version update of Web Atoms for Xamarin Forms with following improvements.

Initialization sequence of JSX was little as all property setter were routed through bridge's SetValue method, which internally composed full type string of property and performed lookup before actually setting the value.

In this new version, we have added property in prototype of class, so it can be directly set in JavaScript, the conversion will be performed if needed utilizing available TypeConverters.

You can also create new instance of CLR object in JavaScript and set it directly.

This is part of new major update in both JavaScript code and DotNet.

Many times we need to simply display an icon on left of any content, for this we need to add a new layout unless it is a button. And also now days we are using font icons, so we have made this control to create font icon based content view.