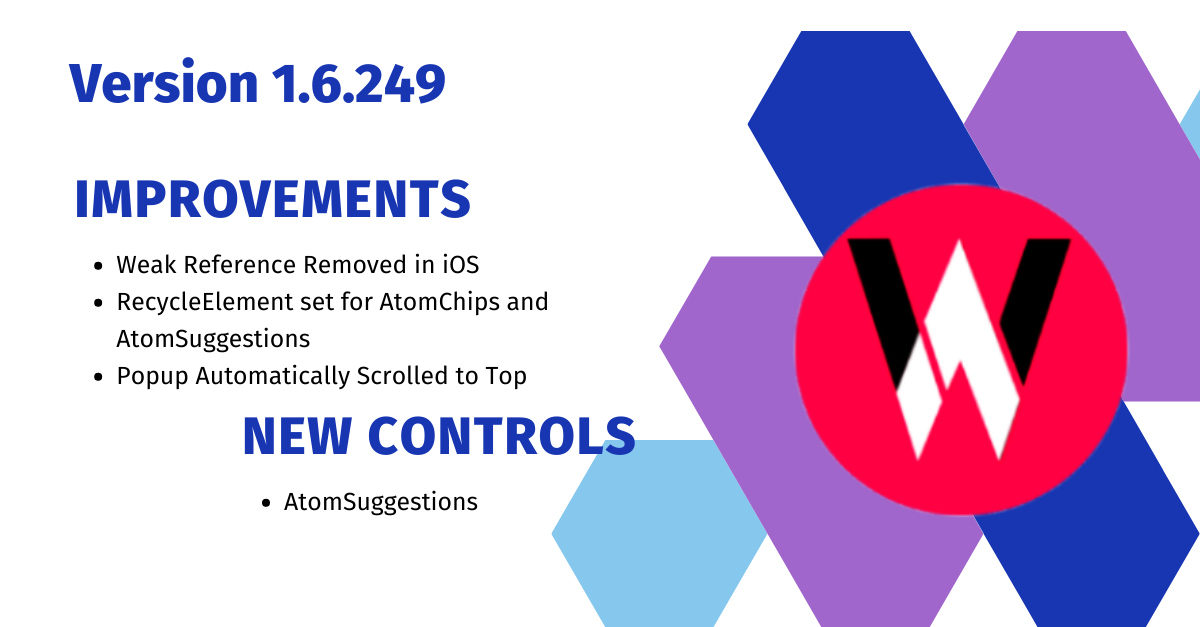 In this version update we have made following improvements.

We have added new control, AtomSuggestions which will display list of items horizontally till it fills up all the space and then it will display "More" link, which will then open a popup list view to select items from. There is ItemTappedCommand which will be executed when you click any of items displayed.