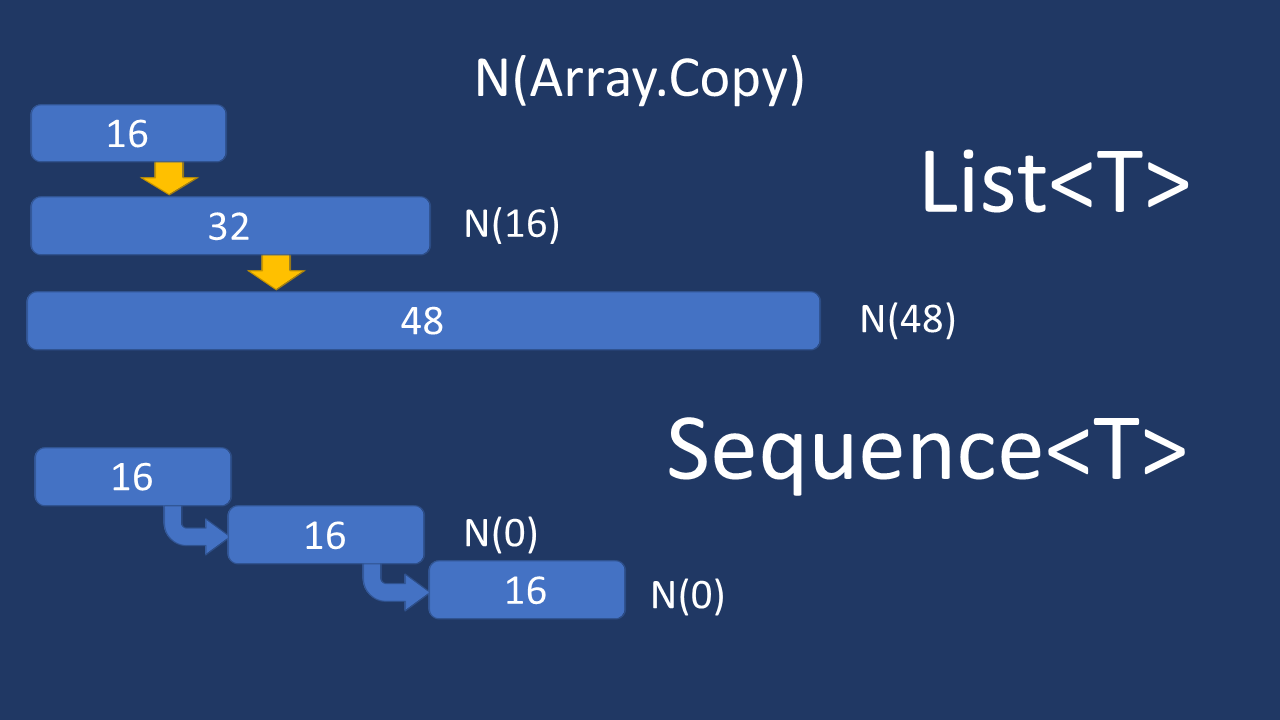 We removed String.Substring by introducing StringSpan, this will be covered in a different post.

Array.Resize is called by List<T>.SetCapacity method. So we looked up source code of List<T> to investigate further.

This does not hurt performance for small scripts. But when we started parsing larger scripts, it started slowing down exponentially. As an entire script with too many closures and many nested functions, the tree is very large and memory usage and GC pressure is very high.

So we decided to drop List<T> and we created Sequence<T> which is suitable for append and read once scenario. Most of the times, in parser we are creating a list by appending items but we are only reading them once. However, when array is resized, every node is copied from old array to new array making many enumerations.

Sequence<T> stores nodes of smaller array, and when there is no more free space, it creates a new node with a smaller array. Basically Sequence<T> is a linked list of variable sized arrays. Default size is 16, but if you specify an initial capacity, it will create first node of same capacity. `Sequence will not resize any array. The only drawback is indexed access is slower. When a sequence needs to be read, it starts from first node till last and enumerates all array items in the node.

Sequence is a basically a linked list of small arrays. Linked List are not suitable as smaller arrays will be localized while accessing and single node can have multiple array items. When AddRange is called with known size, Sequence will allocate all items at once if they are more than capacity.